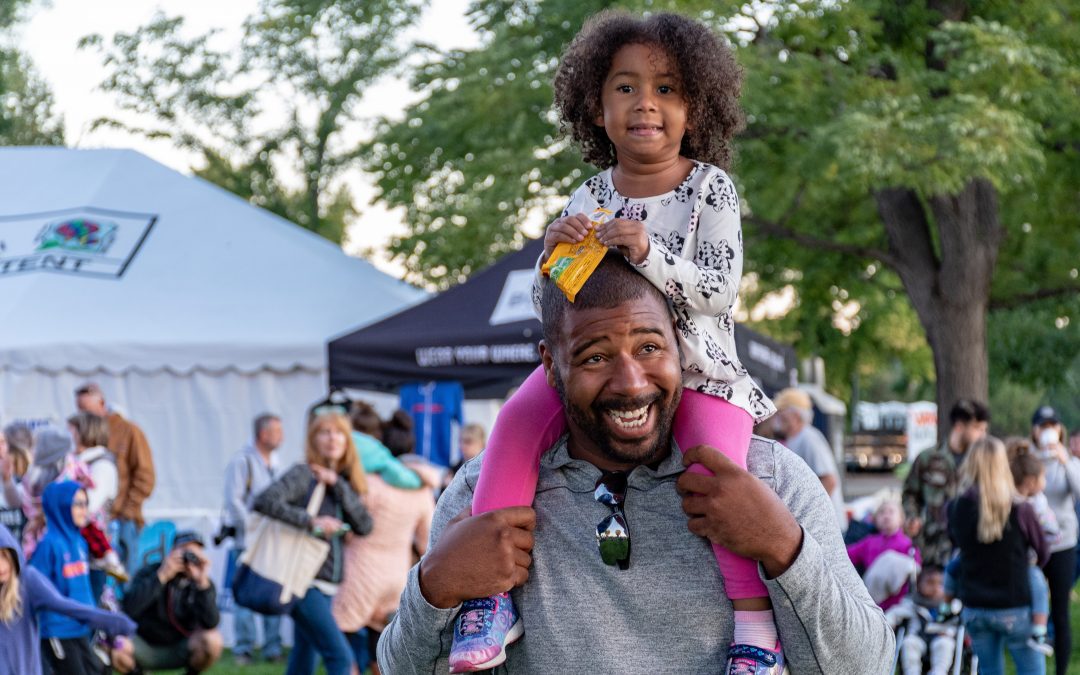 Enjoyed a day at the Central Florida VegFest.&nbsp; It is my three-year anniversary of launching my vegan advocacy. I reflect on folks who helped me find my courage to advocate. After this 2018 VegFest, I am so stoked for the future of plant-based living. What a great community in this global social-change movement!

Enjoyed my day at the Central Florida VegFest.  It is my three-year anniversary of launching my vegan advocacy. I reflect on folks who helped me find my courage to advocate. After this 2018 VegFest, I am so stoked for the future of plant-based living. What a great community in this global social-change movement.

I spent a good part of the morning and most of the afternoon at the central Florida Veggie fest. It was a beautiful day. We actually had a little bit of a cool breeze. It was not hot today. Today is October 27th, 2018. As I was driving down to the festival, I realized it was three years ago. This is my three-year anniversary where at the VegFest I spoke with Yuri at his booth for a Vegan Outreach. And I told him I had been vegetarian since 1990 and that in 2012 I transitioned to being a Vegan. So this was in 2015 when I was speaking with Yuri. And I said I am ready to start becoming an advocate and spreading the good word about compassionate living. By going Vegan, I want to learn how to be an advocate. And I said, but I’m really scared because I don’t know what I’m doing.

And I was raised that we not discuss what might be considered controversial topics in public. While veganism is not controversial. If you look at the research and the science and the evidence, factual based evidence and the growing global, it’s a global social change movement and there are millions of us who have gone Vegan for the animals, for our own health, for the health of the planet. But I told him though, I’m an introvert and so therefore this is a really big step for me. Yuri was so gracious, and he was very kind and in a low key way. He just gave me some suggestions. I told him that I had watched all of the movies, Fork Over Knives, Vegucated and some other ones on Netflix. Actually, I watched them two or three times so that I could learn and take notes.

I said, I’ve not seen Earthlings yet. He goes, if you’ve seen all the other ones, then you don’t need to watch earthlings because you were already fully committed to this compassionate lifestyle so you don’t need to watch Earthlings. And then I went over to the speakers tent and Jane Velez Mitchell was there and I sat on the front row because I don’t hear very well. I try to grab a front row seat. She’s an excellent speaker. And she explained to us that in Israel, the folks over there are really adopting the Vegan lifestyle. Uh, they are just going crazy for it that it’s really taken off. I’m sure a lot of it has to do with the um, the younger folks actually college, they’re open to new things, but yet there are baby boomers like myself come to the party a little bit late. But that’s okay.

So Israel is taken off and she said we really need to step up our game here in the United States. So she said if you are Vegan and you are interested in becoming an advocate and raising awareness about animal agriculture (and we can do it in a nice way obviously). But she said this is the time to do it right now. 2015. Because social scientists have realized that anytime you have a group or a cause that is working hard to raise awareness about a social change that they believe in like being a Vegan, once 10 percent of the United States population is Vegan, then more people will take notice because then we’ll have credibility and they’ll say, wow, this, this vegan thing. Only thing I can compare it to is I recall when they were talking about, oh, there’s this thing called the Internet and the worldwide web, and I was like, what is that?

They talked about it on the media and a couple people had the internet, but then once I’m sure once they reach 10 percent of the households that had the internet, all of a sudden now everybody wants to know about it. I left Jane Velez Mitchell’s event after she concluded her talk and I stood up and I thought, you know what? This is it. This is a time for me to go public.

So in October 2015, three years ago, I went home and I posted on my Facebook page. I had an announcement and that I had been vegetarian since 1990. I transitioned over to being a Vegan in 2012. I would now unapologetically begin to talk about being a Vegan. I said on my Facebook page that I would periodically posts different, uh, news articles or maybe Vegan recipes or plant-based books that folks might find helpful, especially if you have an illness or heart disease or diabetes that going plant-based Vegan can help reverse many diseases or prevent many diseases.

I made the post, it was a short paragraph. I just wanted my Facebook friends to be aware that I am going to talk about it from time to time. A few people were very supportive.  Some people were very supportive and others were very quiet and that’s okay. Three years I have been publicly speaking out. I overcame my fear. I overcame the cultural indoctrination from the sixties where don’t talk about controversial things or don’t talk about things that maybe aren’t in the mainstream.

Rooterville Animal Sanctuary brought a small pig. I don’t know how many pounds she was, but she was the size of a small dog. They let folks one by one go in and give her a treat and a belly rub or whatever. And I saw adults standing around the Rooterville piglet booth – they had smiles on their faces. And they were so interested and the kids were fascinated.  And I went back over there to their booth about three times and they always had a crowd wanting to give the piglet a treat.

You get that, don’t you? We give our dogs and cats a treat. This little piggy was just as happy to get a treat.

Everyone there was just so happy. They were so happy to oblige.

This little piggy. I looked around and there’s an energy when you go to a VegFest, there’s an energy that it emanates from every individual that’s there and I would say that also includes the general public who is veg-curious. Maybe they don’t know a lot about being a vegetarian or a Vegan or they don’t know much about whole foods plant-based, but they were interested. When you’re there for a few hours and you walk around and you look and see what people are doing, you can feel this energy. I think this Orlando Central Florida area has really become a good hub for new vegan cafes, new plant-based restaurants and other small businesses that are branching out that are Vegan or plant-based. I can just see it. It’s really exciting because the bottom line is compassion. We are taking our lives seriously in the way that matters.

In other words, we are interested in taking care of our health, so we want to reduce the diseases that are brought on by eating meat and dairy and eggs. There was a woman, um, Naomi Green. I attended her, her talk and she is a breast cancer survivor and she gave a fantastic talk, but we, before she began her talk, she went around the tent and asked each of us to say, why did we choose her speech? Why do we choose her out of the six speakers? Why do we choose to attend hers? And about 75 percent of US said we wanted more education. We wanted to learn more. We were interested in making sure that we had the right information and so that we could either help ourselves or maybe a family member who was sick. I said that I want it to continue to learn because I’m an advocate and I want to be sure that I impart the right information or maybe new information that I had acquired during her, her talk, which I did.

If you’re a Vegan or plant-based, you choose three times a day. I choose a compassionate breakfast, a compassionate lunch, a compassionate dinner. That’s what we can do immediately. Going Vegan. You don’t have to leave your home. You don’t have to go out and talk to people. You can just go to the grocery store, buy your fruits and veggies and nuts and seeds and whole grains and be Vegan or plant-based three times a day. You are voting for yourself, a healthier you for now and into the future.

And these are the types of things that are discussed at the Central Florida VegFest.

What else? Chef Jenn gave a food demonstration. She had I’m guessing 80 to 100 people somewhere sitting on the ground because there weren’t enough chairs. She gave a great presentation and she was making, um, a crab cakes and she went through each of the ingredients and she made the audience laugh and people were asking good questions. I’m at the end. She brought with her some cooked crab cakes and there were kids that were eating them too. So it’s really, oh, it’s really amazing to see kids get involved in this type of festival. Uh, I think the future of our planet of humanity is the kids that are growing up now, a lot of them see how important it is to be mindful of what we eat, be mindful of what we purchase, be mindful of reducing the suffering of both people and animals and the environment.

So I guess that’s it for today. I’m going to go make some hot green tea and I’m going to look up some of these things that I learned today and I hope that if you have a VegFest in your town that you’ll go, I think you’ll be pleasantly surprised. And there are VegFests in every major city in America. When I retire, personally, that’s probably what I’m going to do is go from one VegFest to the next and I’ll see America through attending different VegFests.  I have so much look forward to. I’m so excited about the future.  I really am. I am so excited about the future and I hope you are too.

Thanks for tuning in today. This is Dee, The Introverted Advocate.